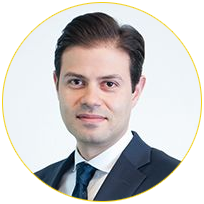 Hussam Qutub has served in a number of senior capacities with Guidance Residential since its first year in business. He joined Guidance Residential in 2003 as Vice President of Marketing and Communications where he played a significant role in the company's first 10 years of expansion and its path to dominance in the marketplace. During his tenure, Mr. Qutub has been a featured speaker on the topic of Islamic home financing at over a dozen major conferences and has been quoted in a number of major national and international news outlets. Today, he leads Guidance’s national sales and business development efforts with a major focus on growing the company’s market share and its relationships with Realtors and community leaders. Mr. Qutub is a graduate of George Mason University where he earned a BA in International Relations. 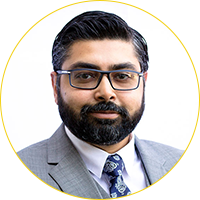 Salman Ali is the Mid-Atlantic Regional Manager. He has been with Guidance Residential for 15 years, and now recruits and trains Account Executives in Washington, D.C., Maryland, Virginia, Delaware, and Kentucky. Salman holds a Bachelor's degree in Business Administration, and has over 20 years of experience in the Banking and Financial Services industry.